Migrating to the Italian part of Switzerland, OTO SOUND MUSEUM presents the show SOUNDATA on the occasion of the fourth appointment in the real space inviting the artists Axel Crettenand, Mayar El Bakry and Joanna Selinger at la rada (Locarno, CH).

Together with la rada, OTO returns to interrogate experimentation, this time giving space to the relationship with data and their free interpretation through the language of sound. The exhibition SOUNDATA has been conceived to open a space for reflection between the areas of sound and image, art and technology, also shaking up an old dichotomy that sees humans and machines involved.
SOUNDATA focuses on the researches initiated by Crettenand, El Bakry and Selinger on the processing and interpretation of data related to certain existing conditions or environmental frame. Through different approaches, the artists developed artistic displays and technological strategies to translate specific information into sound, creating new paths of listening and landscapes of meaning.

Chaotic arrangement for 66 voices (2021) by Axel Crettenand is an installation designed to translate the chaotic behavior of heat in a fluid into a choir of voices. It consists of an apparatus composed of a tank of warmed water monitored by thermometers, a software and a sound system. Data are collected through twelve thermometers spread in the volume of water and sent to a program specifically designed to translate the temperature information into MIDI notes in real time, which are ultimately synthesized into human voices. Through these anthropomorphic sounds, previously recorded and orchestrated by the random behavior of heat, the invisibility of chaos manifests itself in an ephemeral and unpredictable chorus. The sound of Chaotic arrangement for 66 voices traduces a scientific methodology in an artistic practice capable of revealing a spiritual dimension that plays with boundaries between visible and invisible, absence and presence, natural and technological elements. Experimenting among the different possibilities of visualization of natural phenomena, Mayar El Bakry and Joanna Selinger have focused their research in the representation of natural events through unconventional methods able to return the data in an aesthetic and sound form of great impact. After an initial phase of orientation, they chose to devote their efforts toward studying the phenomenon of tsunamis starting with some of the major events of the last two decades: the tsunamis of the coast of Indonesia (2004), the coast of Samoa (2009), near Tohaku, Japan (2009), and the coast of Chile (2015). The result of this path is the audiovisual installation wave/forms (2016), elaborated on the basis of seismic data from IRIS (Incorporated Research Institutions for Seismology) and developed with the help of the software "Sonifyer" that allowed to translate seismographic data into audible frequencies.
This sound track is accompanied by a dynamic visualization obtained through the use of an audio-reactive script. By showing the epicenter of the tsunamis, the image reveals the behavior of the audio waves that encounter the profile of the continents of a hidden geography, but also with the real boundaries of the room in which the work is presented.

The data come to life, shape and sound, take possession of the exhibition space in a total and unexpected way migrating in the perception of the visitor, who is invited to re-evaluate and rediscover the fascination and vertigo of the data hidden in everything that surrounds us, in every law that regulates human life on our planet.

a project by OTO SOUND MUSEUM in collaboration with Kunst Halle Sankt Gallen and Sinfonieorchester St.Gallen, part of the Neustart-Festival, St.Gallen 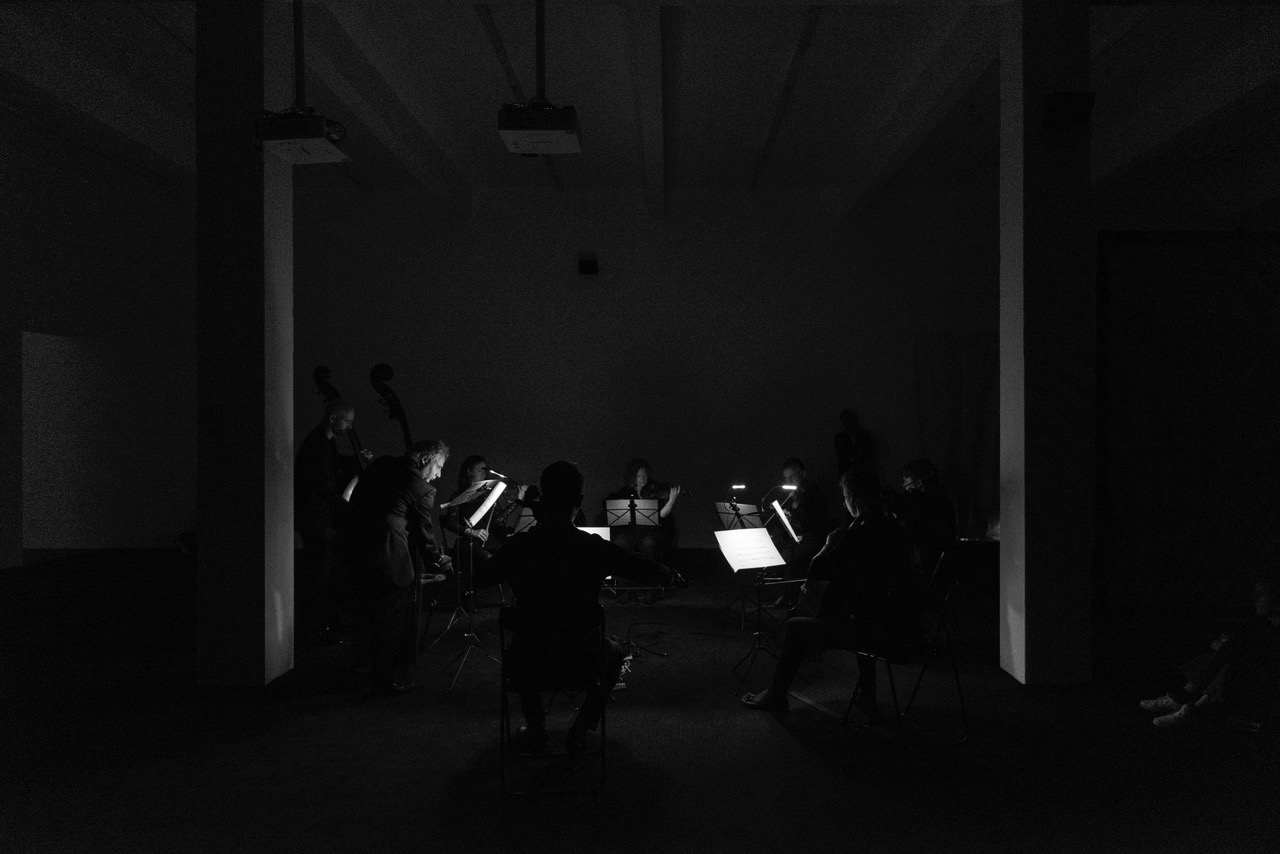 
On the occasion of the third event in the physical space, OTO SOUND MUSEUM presents the performance Mouvement by the artistic collective POLISONUM realized in live version for the first time at Kunst Halle Sankt Gallen (CH).
This time OTO invites POLISONUM to realize a utopian work that crosses and challenges time.
In 2018 the artists composed the sound piece Mouvement reworking the minuet k94 written and performed by W. A. Mozart in 1770 in Bologna during his first trip to Italy, when he was only fourteen. The piece Mouvement is characterized by a process of time-stretching, which has subjected the original minuet to an expansion of 248 years, the time that separates us from the day of the first run to the present time. The result has a diaphanous character offered by notes elongated in ethereal sonority, containing a memory that asks our hearing to listen far in time.
In 2021 Polisonum experiments by proposing the live execution of the score Mouvement obtained from the utopian writing of the time-stretched minuet. The sound performance includes the participation of eight string instrument musicians from the Sinfonieorchester St.Gallen (double basses, cellists, violists, violinists), who are asked to play keeping the deformed notes in a prolonged sound, challenging the limits of musical instruments and the conventional rules through which they are normally played, as well as the capabilities of the human body’s resistance.

a project by OTO SOUND MUSEUM in collaboration with Migration Museum, Zurich 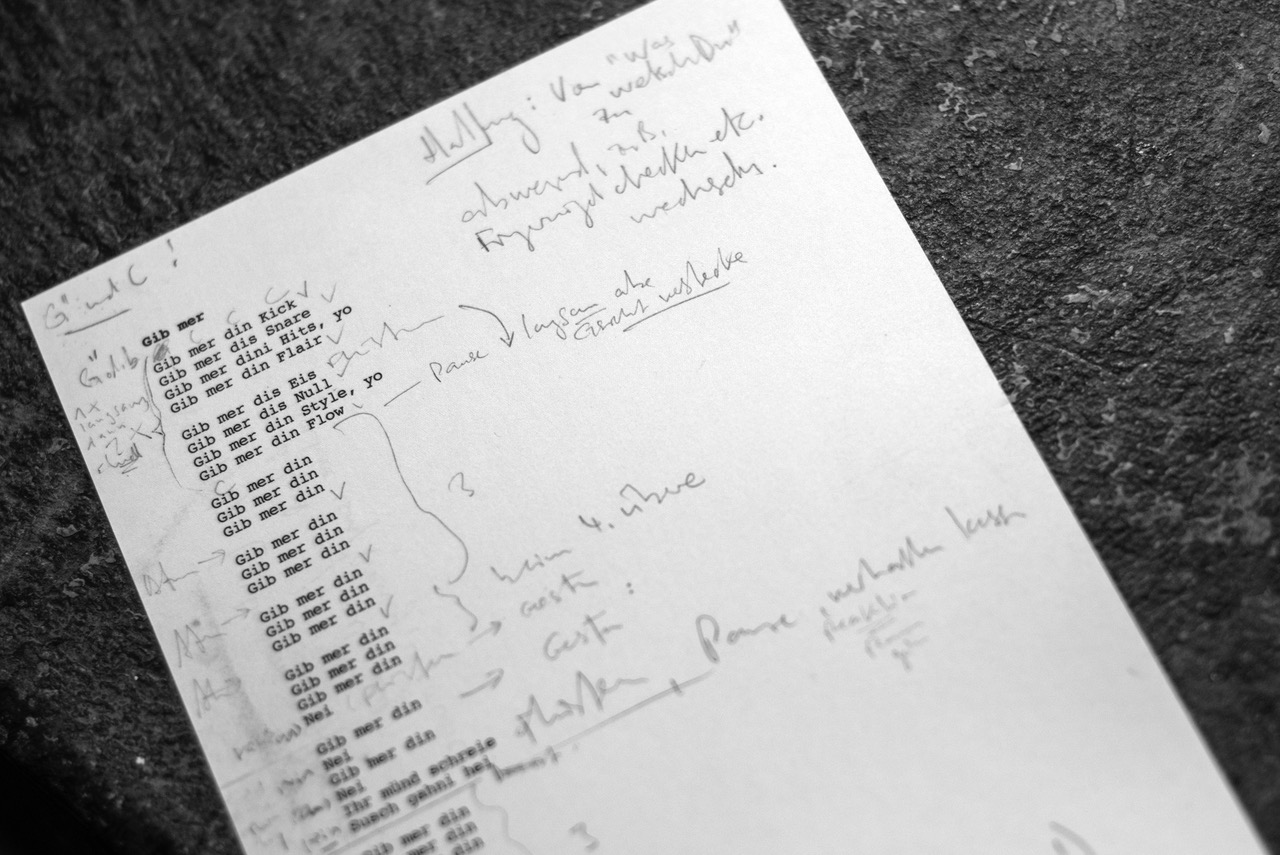 
As part of the OTO SOUND MUSEUM live program 2021, the performance with Jurczok 1001 takes place at La Voirie in Biel/Bienne (CH) on 11th June. The artist is among Switzerland's spoken word pioneers and presents a performance from his Spoken Beats series. The performance opens a new artistic season "Post Lockdown", which led to a reflection on the narrative and evocative capacities of voice and gestures. Sound experimentation meets migration and digital nomadism: this encounter takes shape in the artistic perspective of Jurczok 1001.
The encounter in Biel is dedicated to the limits of language.

a project by OTO SOUND MUSEUM in collaboration with Migration Museum, Zurich 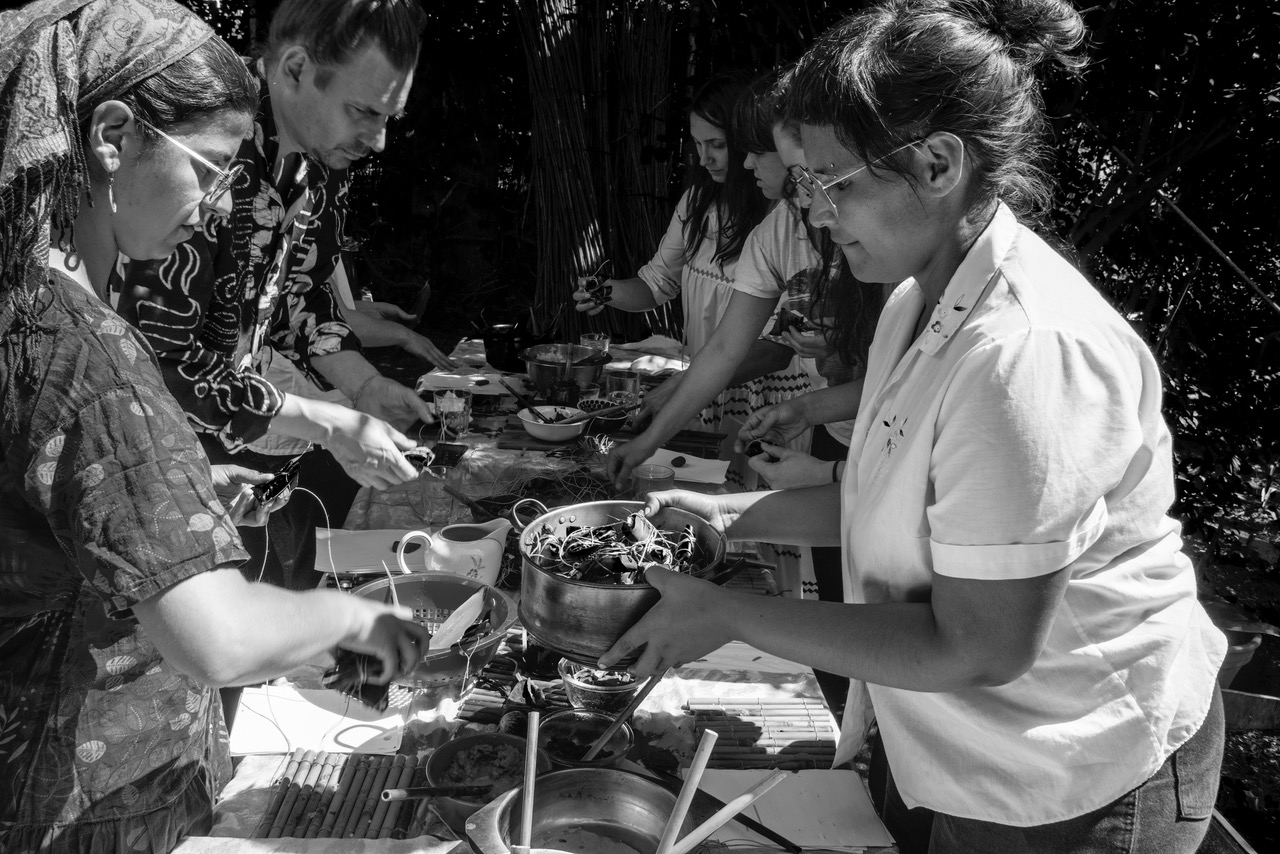 
"Capturing and preserving living sound is as much an ancient ambition, as protecting what makes us survive. In archiving sound as an act of preservation, the captor of sound is taking care of those who listen." Paloma Ayala

On Sunday 30th May the first live by OTO SOUND MUSEUM takes place with the Mexican artist Paloma Ayala as participative action and ritual. LOUDREADING in the situated kitchen is a reclamation of that mystical moment of carrying sound in a box, in a Zongzi (a special dish made of rice, home-made ingredients, wrapped in bamboo) meaning that each person who interacted, contributed to the power of this practice as an ingredient and instigator of a collective voice. The project has its first experimental reading session.